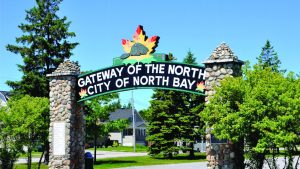 Gateway Casinos has restarted construction of Cascades Casino in North Bay, Ontario, after work was suspended during the winter months.

Gateway Casinos has resumed construction of Cascades Casino in North Bay, Ontario. “We felt we were far enough along with this casino that it made sense to build it out and complete it,” said Rob Mitchell, director of communications and public affairs at Gateway Casinos.

Construction was suspended for several months due to COVID-19 restrictions while work was subsequently suspended during the winter. “Last November we able to pour the concrete floor and get all the roughins in for plumbing and for our cooking and electrical needs,” said Mitchell. “Then we shut down the site for the winter.”

The 39,000 sq ft casino was previously scheduled to open by mid-July 2020. Alongside its gaming offering, the property will also have a Summit Bar, which will run the length of the casino floor.

“We may not be able to open the buffet and we may not be able to have table games operational,” Mitchell continued. “That will all be determined by public health officials and the Government of Ontario. But the decision has been made to complete the casino so we will be ready when the government’s ready and when this virus and this pandemic is under control.”

Mitchell said the new property will have a similar to floor plan and layout to Cascades Casino in Chatham. “It’s a really beautiful casino and it’s been hugely successful for us,” he added.

Originally budgeted at $31m, the project is expected to create “between 150-200 jobs” and generate in CAD1m to CAD2m a year in revenue.