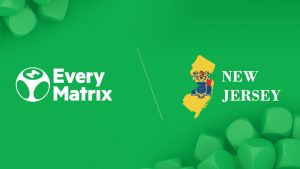 To successfully operate in the U.S., EveryMatrix will further require customer integration approval as part of the transactional waiver process to receive the green light to ‘Go Live’. By receiving Completed Application status from the DGE, EveryMatrix has provided all required application information on the company and its key officials in line with New Jersey’s law and iGaming standards.

Since Garden State’s gaming regulation came into effect in 2014, the industry has grown to a whopping $6 Billion in 2020.

Erik Nyman, President Americas at EveryMatrix, says: “I am very pleased that DGE has accepted as complete the application filings of the EveryMatrix Group of companies. Certainly, this is an important milestone for us and puts us on the verge of making our world-class platform and services available to licensed operators in the U.S. market.

“Since New Jersey regulated online gaming in 2014, their framework has played an important role for other states in their process to regulate and implement online gaming. We are very excited to soon be live in New Jersey while we are engaging in several license processes across the U.S.”

As a leading B2B provider of turnkey platform, casino, and sportsbook, EveryMatrix’s expansion plans gained shape in August 2020 with the opening of EveryMatrix Americas branch. To date, the company is on the fast track of securing a full operating license in New Jersey and is pursuing licensing in several other U.S. states.

EveryMatrix is making strides in the U.S., key milestone including the opening of its first U.S. based office in Miami, Florida, and the newly inked partnership with iDevelopment and Economic Association (iDEA) to make new ties to the U.S. iGaming industry.